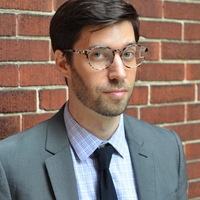 "How to Hide an Empire: The Story of the Greater United States"

When we speak of the United States, we are most often speaking of the contiguous United States, the part of it that is bounded by Canada, Mexico, and the oceans. Yet there were only three years in U.S. history where those were actually the country's borders. For most of its history, the United States has been an overseas empire, with holdings from the Caribbean to the Arctic Sea to the Pacific containing millions of colonial subjects. What happens to U.S. history when those places and people become part of the story?

Daniel Immerwahr is an associate professor of history at Northwestern University and author of the national bestseller How to Hide an Empire: A History of the Greater United States (2019) and Thinking Small: The United States and the Lure of Community Development (2015). His writings have appeared in The Guardian, The Washington Post, The Nation, and Slate, among other places.