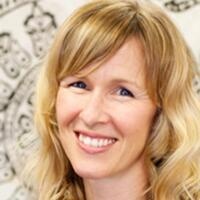 2021 Siddiqi Lecture in Islamic Studies - "The Architecture of Coexistence: What Medieval Islamic shrines can tell us about Modern Iconoclasm"

In the past decade, with the rise of cultural heritage destruction by Islamist extremist groups like the Taliban and ISIS, it has become common for media representations to associate Islam with iconoclasm. Indeed, in 2014-2015, ISIS claimed they were following in the footsteps of the Prophet Muhammad when they destroyed ancient sites in Syria and Iraq, capturing headlines around the world. Yet few observers stopped to consider an obvious fact: that the ongoing presence of ancient sites throughout the Islamic world can only mean that they had, in fact, been cared for and preserved by Muslims over the course of many centuries. While ISIS’s destruction of famous ancient sites dominated the headlines, little attention was paid to ISIS' more widespread destruction of Islamic holy sites, including shrines devoted to prophets, sufis, and other saintly figures revered by Muslims for centuries. Their ongoing survival can only mean that the iconoclasm of contemporary extremist groups like ISIS — despite their claim to represent a medieval reality — is in fact a very modern phenomenon. In this lecture, Dr. Stephennie Mulder will explore a group of shrines devoted to the family of the Prophet Muhammad in Syria, showing how they survived precisely because they have always been sites for inter-sectarian and interfaith exchange and coexistence.

Register for this Zoom webinar.