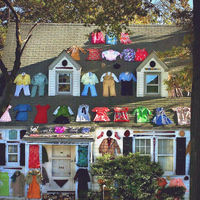 As part of the special exhibition Debut: Recent Acquisitions, the McClung Museum is hosting a film screening of 306 Hollywood.

This endearing story follows the two filmmakers as they attempt to archive the objects and ephemera of their recently passed, much-beloved grandmother. The result of their work is a tender and fantastical documentary, 306 Hollywood. The film won wide acclaim and was selected to premiere on Sundance’s opening night in 2018.

Doors will open at 6pm. The film starts at 7pm.

Learn more about the documentary here.

This program is generously sponsored by Jupiter Entertainment.

$5 each or free for museum members