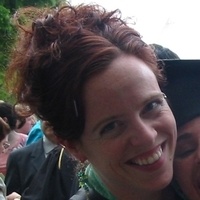 A Dull Boy: Stupidity and Affect

Stupidity after Enlightenment examines literary and cultural writings from the later eighteenth to the middle
twentieth centuries, a period which sees the first extensive uses of the term—and concepts of—stupidity, up
to and including its use in eugenics, which lent the term a scientific seriousness that lasted well into the midcentury
in psychoanalytic and cultural writings. This talk considers work by Samuel Smiles, George Eliot, and others in order to consider the varied meanings of stupidity in the nineteenth century (in Britain and France) and the differing uses—in particular, the affective uses—to which the concept could be put.

Speaker: Rae Greiner is associate professor of English and director of graduate studies at Indiana University, Bloomington, and author of Sympathetic Realism and Nineteenth-Century British Fiction (Johns Hopkins). Her new project is called Stupidity After Enlightenment.