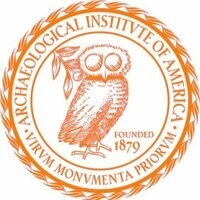 Across the Ocean Blue: Evidence for Precolumbian Voyages and Contacts

Join the Archeaology Insitute of America - East Tennessee Society  and McClung Museum for a lecture by Alice Kehoe of Marquette University.

The idea that Columbus discovered an unknown New World in 1492 was popularized in the nineteenth century as part of U. S. "Manifest Destiny" propaganda for taking over the American continent. Indians were labeled "Savages" isolated from the rest of the world and incapable of great works. Similarities between Old World and American crafts are still conventionally said to be independent inventions, and long ocean voyages impossible. The Guinness Book of World Records shows that even a paddleboard has been sailed between American and Europe, twice.

This lecture shows varieties of boats capable of crossing oceans; obvious evidence that people crossed ocean straits more than 100,000 years ago in the South Pacific; archaeological evidence of movements around the Pacific in the Terminal Glacial Period; and archaeological evidence of transpacific contacts between Southeast Asia and Mesoamerica during the medieval spice trade about 1200 C.E. Woodland ceramics in eastern North America are best explained by introduction across the North Atlantic from coastal Scandinavia, as hypothesized by Stuart Piggott (the archaeologist in the Sutton Hoo film "The Dig"). DNA analyses now confirm interpretations formerly dismissed as "impossible".

Registration is free and open to the public.