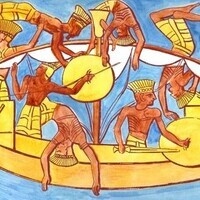 AIA Kershaw Lecture: In Search of the Philistines and Other "Sea Peoples"

The search for the Philistines, best known as one of ancient Israel’s most storied enemies, has long intrigued both scholars and the public. Recent archaeological and textual evidence, examined in its broader eastern Mediterranean context, reveals that the Philistines, together with other related groups of “Sea Peoples” best known from Egyptian New Kingdom texts, played a transformative role in the development of new ethnic groups and polities that emerged from the ruins of the Late Bronze Age empires. This lecture reassesses the origins, identity, material culture, and the impact of the Philistines and other “Sea Peoples” on the Iron Age cultures and peoples of the eastern Mediterranean.