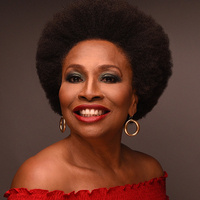 An Evening with Jenifer Lewis

Join the Office of Multicultural Student Life, in collaboration with the Black Cultural Programming Committee, as we sit to chat with The Mother of Black Hollywood, Ms. Jenifer Lewis!

Jenifer Lewis is one of Hollywood’s most familiar faces, with more than 300 appearances in film and television. Dubbed a “national treasure” by TVGuide.com, Jenifer currently stars as Ruby Johnson on the Emmy-nominated ABC hit show “Black-ish.”

Jenifer’s accomplishments as an entertainer and community activist have been recognized by the NAACP Lifetime Achievement Award in Theatre, the ESSENCE Black Women in Hollywood Award, the American Black Film Festival Career Achievement Award, the Human Rights Campaign Ally Award, and an honorary doctorate from her alma mater, Webster University in St. Louis.

I love, love, love Jenifer Lewis. However I wasn't impressed with her last night. I felt like the questions asked by facilitators weren't answered well and for one of the questions she drifted to another subject entirely. To her credit she did justify why she wasn't answering the questions asked but it was still to much. Alan Toney did a good job of bringing her back to subject but she would drift off again and did a lot of promoting her books. One of the trails she drifted off on wasn't appropriate for a coed audience. Also she continued to reference the attendees as kids. Didn't appreciate that because these are young adults. She is a wonderful actress and I appreciated being able to participate on the Zoom! Thank you BCPC.