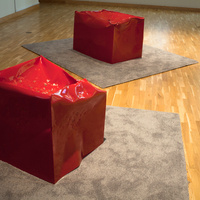 The Ewing Gallery is pleased to present a lecture by artist, Kate Gilmore. Her lecture is part of the School of Art Programming Committee Lecture Series and is in conjunction with a solo exhibition of her work in the Ewing Gallery.