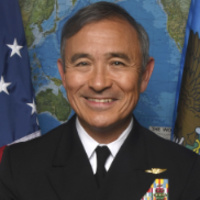 Ambassador Harris will provide an overview of current issues affecting Asia and the Indo-Pacific region. He will discuss the rise of China, ongoing tensions between North Korea and South Korea, U.S. partners in the Quadrilateral Security Dialogue (Quad) – India, Japan, and Australia in supporting the U.S., and the important role of U.S. alliances with Japan, South Korea, and Australia (including AUKUS) and what these issues and tensions mean for U.S. national security interests in the region. Harris will also address the impact of the Russian war in Ukraine in Asia and how the war could impact the status of Taiwan and China’s threats to invade.