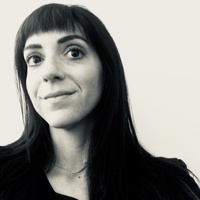 "Atheists in America: The Marginalization (and Privilege) of a Growing Minority Group"

Join the Departments of Psychology and Religious Studies for a Lecture featuring Dr. Melanie Brewster (Columbia Univeristy) on atheism in the U.S.

Nonbelieving people (i.e., atheists, agnostics, and secular humanists) represent a sizeable and growing segment of the US, with some recent estimates as high as 25% of the population. Despite the prevalence of nonbelief, atheism is still a largely stigmatized and misunderstood identity in many regions of the country. In many places affiliation with a religion is default, if not compulsory, in order to access community resources, maintain ties to family members, and be perceived as 'moral' by others. As such, many nonbelievers report experiencing similar coming out processes and consequences as those reported by members of other marginalized groups such as the LGBTQ community. That being said, atheist people are alsooverrepresented in historically 'privileged' groups; for example, identifying as a man and/or being white, residing in the northeast or northwest, and having a higher socioeconomic status are all predictive of nonbelief. How do we square the simultaneous marginalization (and privilege) of this growing minority group, and where does this leave nonbelieving people who may occupy multiple marginalized identities (i.e., atheist people of color)?

Register for this webinar.