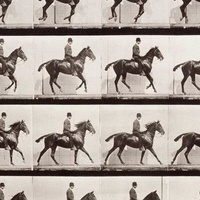 Beyond Sight and Motion: The Intersections of Contemporary Technology, Art, and Physics

Human perception is limited; however technology and invention allow us to envision what we otherwise could not see.

Such innovation has been crucial to work many artists and scientists. Join four of UT’s scholars— Emily Bivens, Sarah Cousineau, Nadia Fomin, and John Powers—as they talk about the contemporary intersections of art, science, and technology. Through an open conversation they will discuss the exploration and practices that drive their work and advancement in their fields.

This program is presented in conjunction with the exhibition Science in Motion, on view at the McClung Museum from September 20, 2019 – January 5, 2020.

This was a very interesting meeting. I enjoyed hearing how the artists perceived sight and motion versus the physicists' perceptions. I would not say that I absolutely loved it, for this is not my area of primary interest, but the event was good, and so were the people who hosted and served as panelists for it.

This was great! Thank you so much to Katy for organizing an awesome roundtable with unique and unexpected perspectives.