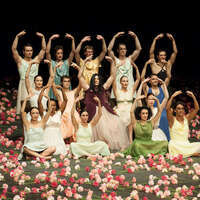 In addition, during Big Ears 2022, we’ll screen three films with a connection to themes running through the festival. On Thursday and Friday we’ll show a pair of Lily Keber’s New Orleans films: Bayou Maharajah, a documentary about the life and music of New Orleans piano legend James Booker, and Buckjumping, Keber’s documentary about social dance—from second line to Mardi Gras Indians to bounce—in the Crescent City. Finally, on Friday we’ll screen the world premiere of Ned Sublette’s Tierra Sagrada (Sacred Ground) which documents a rarely seen series of bembés and rumbas in west-central Cuba; the film will have a command showing on Saturday.