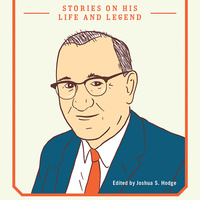 Join us as we celebrate the release of Cas Walker: Stories on his Life and Legend, an oral history that chronicles the life of 20th century Knoxville’s most famous citizen, a grocer-politician-music promoter and coon hunter. The event will include screening of rare film footage from Cas Walker’s television programs, and reminiscences with some who knew the man best.

Dr. Joshua S. Hodge (1984-2019) completed his work on Cas Walker while earning his History PhD at the University of Tennessee. Shortly after completing his degree, he lost his two-year battle with terminal brain cancer. This event will pay tribute to Dr. Hodge’s memory and legacy.