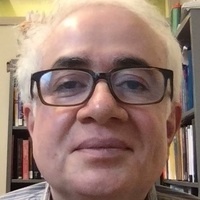 Abstract
Synthetic biology is the engineering of biologically based or inspired systems that display functions that do not exist in nature. Though the genetic engineering techniques it is based on have a longer history, synthetic biology is often said to have taken off when the first synthetic gene regulatory systems, a switch and an oscillator, were developed in e. coli and reported in 2000. Despite a long history of plant genetic engineering, the complexity of plant biology appears to have prevented the development of synthetic gene circuits in plants. However plant synthetic biology is of great interest since it can potentially lead to sustainable green technologies for human needs. In a collaborative project with a plant biologist we have developed the first ever synthetic genetic toggle switch in a plant. A key step in the rational design of synthetic networks is the quantitative characterization of components to enable predictive modeling. This poses special difficulties for plants, since stably transforming plants is time consuming. We developed an experimental system for rapid quantitative measurements of synthetically designed repressors using plant protoplasts but found that protoplast assays show significant experimental variability that leads to incorrect quantitative results. We developed a mathematical model that was successful in normalizing the data to make quantitative comparisons between different inducible repressors, and approximately predict quantitative properties of synthetic circuits in stably transformed plants. We tested hundreds of repressible promoters, and carried out a statistical analysis of the quantitative data to uncover design principles for building synthetic inducible repressors in plants (Nature Methods, v13, pp94–100, (2016)). Based on this previous work we predicted promoter-repressor pairs that could work together as a genetic toggle switch. Two different switches were constructed, plants stably transformed and then tested using a luciferase reporter. Quantitative analysis of the results confirms that one of them is a bistable genetic toggle switch, the first ever in a plant. Though challenges of achieving desirable design parameters and predictability remain, our work demonstrates that synthetic circuits that function in a predictable manner can be developed even for complex organisms that undergo sexual reproduction and go through several developmental stages.

Bio
Ashok Prasad is an Associate Professor in the Department of Chemical and Biological Engineering at Colorado State University in Fort Collins. Prasad has had a somewhat unusual career path. After completing a BSc in physics from St. Stephens college in Delhi University (India), he moved to Economics and graduated with an MA from Delhi School of Economics in 1987. He then spent the next 14 years as a lecturer in economics at an undergraduate college in Delhi. However his childhood dream of becoming a scientist never quite left him, and he finally decided to go back to it. In 2001 he left his tenured job and came to Brandeis University for a PhD in physics at the age of 37. His PhD in soft matter theory, with Jane' Kondev as adviser, was completed in 2006. While at Brandeis he fell in love with biology, and after his PhD he joined the lab of Arup Chakraborty at MIT as a postdoc, where he was 2006-08. Here he worked on modeling the activation of T cells. He joined Colorado State University as an Assistant Professor in the Chemical and Biological Engineering department in 2009. His research interests are diverse, and his group currently studies the determination of cell shape and cellular mechanics, theoretical properties of signaling and gene transcription networks, plant synthetic biology, analysis of cancer transcriptomics using machine-learning methods, and metabolic modeling of cyanobacteria.