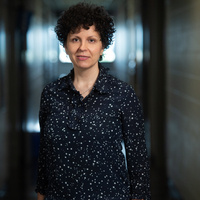 Abstract
As the emission legislation for vehicle pollutants is becoming more stringent, much opportunity is created in the fields of catalysis and catalytic materials for emissions mitigation. Future three-way catalysts and catalysts used in natural gas vehicles will need to perform effectively at increasingly low exhaust temperatures arising from continued improvements in vehicle engine efficiency. Recently, there has been progress in designing catalytic materials with enhanced low-temperature oxidation performance. However, significant technical barriers exist for implementing these novel materials into practice. For instance, they tend to lose performance rather quickly under harsh reaction environments typical to automotive emissions control due to hydrothermal aging. Subsequently, significant attention has been paid to develop a method to treat automobile exhausts for the regulated hydrocarbon (HC) and nitrogen oxides (NOx) emissions resulting from cold-starting engines.

The first part of this talk will focus on developing a fundamental understanding of the synergistic effect between the active metal (Ni) and a series of ceria-zirconia redox supports in Ni/CexZr1-xO2 catalysts on the CH4 combustion performance. Determination of the CH4 combustion mechanism over Ni/CexZr1-xO2 catalysts will be achieved that can guide the rational design of future oxidation catalysts in many applications, such as natural gas vehicles. In the second part of the seminar Kyriakidou will discuss the effective use of ZSM-5 zeolites as materials that can trap and retain hydrocarbons temporarily until automotive emission control catalysts are lit off. Future diesel oxidation catalysts will need to perform effectively at increasingly low exhaust temperatures arising from continued improvements in diesel engine efficiency. Thus, the potential of developing Pd-based oxidation catalysts with enhanced durability and low-temperature activity using ZrO2-SiO2 supports will be highlighted. Controlling morphology and accessible area of the coated ZrO2 layer appears critical to maximize the catalytic performance.

Bio
Eleni Kyriakidou received her BSc and MSc degrees in Chemical Engineering in 2007 from the Aristotelian University of Thessaloniki (Greece). She continued to earn a full graduate fellowship from the State Scholarships Foundation of Greece and pursue and complete her PhD in Heterogeneous Catalysis under the supervision of Prof. Michael D. Amiridis at the University of South Carolina in 2014 (Chemical Engineering). During her graduate studies she developed an expertise in the synthesis and characterization of highly dispersed silver, rhodium and gold supported metal catalysts. In her postdoctoral research in Oak Ridge National Laboratory, Kyriakidou advanced her catalyst synthesis skills and she developed catalytic methods to treat automobile exhausts from cold-starting engines. Kyriakidou joined the Chemical and Biological Engineering Department at the University at Buffalo (SUNY) as an assistant professor in January 2017. Her research focuses on important industrial targets for production of cutting-edge catalytic materials that meet the strict emission control regulations introduced by the Environmental Protection Agency by utilizing common pollutants from internal combustion engines.