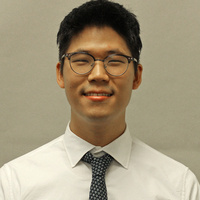 Abstract
Metabolic engineering and synthetic biology enable controlled manipulation of whole-cell biocatalysts to produce valuable chemicals from renewable feedstocks in a rapid and efficient manner, helping reduce our reliance on the conventional petroleum-based chemical synthesis. Robust and efficient enzymes are essential modules across biological systems to engineer whole-cell biocatalysts. By condensing an acyl-CoA and an alcohol, alcohol acyltransferases (AATs) can serve as an interchangeable metabolic module for microbial biosynthesis of a diverse class of ester molecules with broad applications as flavors, fragrances, solvents, and drop-in biofuels. However, the current lack of robust and efficient AATs significantly limits their compatibility with heterologous precursor pathways and microbial hosts. To tackle the problem, we engineered chloramphenicol acetyltransferases (CATs) to function as robust and efficient AATs compatible with at least 21 alcohol and 8 acyl-CoA substrates for microbial biosynthesis of linear, branched, saturated, unsaturated and/or aromatic esters. By plugging the best engineered CAT (CATec3 Y20F) into the gram-negative mesophilic bacterium Escherichia coli, we demonstrated that the recombinant strain could effectively convert various alcohols into desirable esters. Also, a recombinant gram-positive, cellulolytic, thermophilic bacterium Clostridium thermocellum harboring CATec3 Y20F could produce many of these esters from recalcitrant cellulosic biomass at elevated temperatures (>50℃) due to the engineered enzyme’s remarkable thermostability. This study demonstrates that CATs can be repurposed as robust and efficient AATs to create a novel biomanufacturing platform for microbial biosynthesis of designer esters from renewable and sustainable feedstocks.

Bio
Hyeongmin Seo attended Konkuk University (Seoul, South Korea), earning Bachelor of Science degree of Biological Engineering with microbial engineering concentration in 2014. After then, he worked in the same institute as a post-bachelor research assistant studying microbial biotransformation for biofuel and bioplastics. During this time, he was fascinated by metabolic engineering and synthetic biology and decided to study abroad in the United States. He joined Cong T. Trinh’s group at UT in August of 2016.