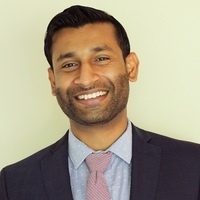 In this talk, Karthik Nayani will present on the discovery of water-based liquid crystals that are isotonic with the interior of red blood cells and generate mechanical stresses that drive changes in cell shape. Liquid crystals are anisotropic fluids within which constituent molecules orient preferentially along a chosen direction, resulting in orientational elasticity. The shape responses of an initially uniform population of red blood cells to liquid crystal elasticity, characterized through confocal and optical microscopy, revealed a wide variance in their final strained shapes thus unmasking the heterogeneity in the mechanical properties of individual cells. The variance in shape responses of red blood cells to liquid crystal elasticity is interpreted via use of numerical simulations to obtain the dispersion in the values of the shear-moduli of the cell membranes within a population of cells. On a fundamental level, the presentation will outline new structure-property relationships for strained soft biomaterials in a liquid crystalline host. The principles outlined in this presentation can be applied to a wide bevy of human cells permitting rapid and parallel characterization of mechanical properties of individual cells within a population.

Bio
Nayani is a postdoctoral scholar in the Department of Chemical and Biomolecular Engineering at Cornell University working with Professor Nicholas Abbott on soft colloids and active matter. He received a PhD in 2017 from the Department of Materials Science and Engineering at the Georgia Institute of Technology, working with Professor Mohan Srinivasarao on confined soft materials. His undergraduate education is in chemical engineering from the Indian Institute of Technology, Kanpur, where he worked on electrospinning of polymeric fibers with Professor Ashutosh Sharma.