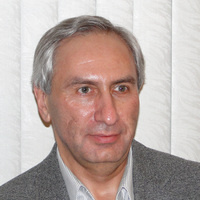 Title: "A Tale of Two Layers: Puzzles of the Airway Surface Layer."

Abstract
The airway surface of the mammalian lung has evolved to trap and clear a wide variety of inhaled toxicants and infectious agents such as viruses. The classical view of the airway surface layer (ASL) of lungs is that it consists of two layers – the mucus and periciliary layer (PCL). Mucus gel is propelled by cilia and rides on the top of PCL, which is assumed to be a low viscosity dilute liquid. This model of ASL does not explain what stabilizes the mucus layer and prevents it from penetrating the PCL. I propose a different model of ASL in which PCL consists of a dense brush of mucins attached to cilia. This brush stabilizes the mucus layer and prevents its penetration into PCL while providing lubrication and elastic coupling between beating cilia. Recent experiments indicate that mucus layer is not a gel, but a low viscosity mucin solution with gel-like properties induced by the mucus-air surface. Both physical and biological implications of the new model and the remaining puzzles will be discussed.

Bio
Michael Rubinstein received BS from Caltech in 1979 and PhD in physics from Harvard University in 1983. After two years as a post-doc at AT&T Bell Laboratories he joined Research Laboratories of Eastman Kodak Company where he worked for 10 years. In 1995 Michael Rubinstein started his academic career at the University of North Carolina at Chapel Hill and in 2018 he moved to Duke University where he is currently Aleksander S. Vesic Distinguished Professor of Departments of Mechanical Engineering and Materials Science, Biomedical Engineering, Physics, and Chemistry. In 2016 Rubinstein became a Distinguished Professor at Hokkaido University. In 2003 he published a textbook “Polymer Physics” with R. H. Colby. In 2010 he received the Polymer Physics Prize of the American Physical Society. In 2018 he received the Bingham Medal of the Society of Rheology and in 2019 the Soft Matter and Biophysical Chemistry Award of the Royal Society of Chemistry. Rubinstein is currently serving as the Chair of the IUPAP Working Group on Soft Matter. Rubinstein’s research interests are in the area of soft condensed matter physics with an emphasis on polymer physics. His main scientific contributions include theories of polymer entanglements, dynamics of reversible networks, and models of charged polymers. His recent scientific interests are in applications of polymer physics to biological systems.