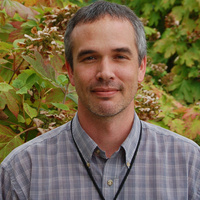 Abstract
Neuromorphic elements have been predominantly solid-state devices which simulate the resistive and capacitive behaviors needed for neural networks and brain-inspired computing, but in non-brainlike ways. Collier's team is integrating lipid and polymer bilayer membranes with micro- and nanofabrication to develop fundamentally new types of neuromorphic elements that have the composition (biomolecules), structure (biomembranes), and switching mechanism (voltage-sensitive ion channels) of real biological synapses, and operate at lower power than the current state-of-the-art. Their devices consist of insulating, nm-thick lipid or polymer-based bilayer membranes that assemble at the interfaces of two or more aqueous droplets in oil, and that have demonstrated both memristive and memcapacitive behaviors, including memory resistance and capacitance, synaptic functions such as paired-pulse facilitation and depression, spike rate dependent plasticity, voltage-dependent inactivation and recovery, and charging hysteresis. These behaviors are linked to electrostriction, an electromechanical phenomenon that encompasses both electrowetting and electrocompression in the membrane, which are changes in membrane area and thickness due to charging in the presence of electric fields.

Bio
Pat Collier is a staff member at the Center for Nanophase Materials Sciences at Oak Ridge National Laboratory, where his team discovered previously-undetected higher-order phase transitions in complex mixtures of lipids in biomembranes from natural sources (brain) using electric capacitance measurements. These transitions are very different from first-order phase transitions seen in calorimetry of one-component and simple binary and ternary lipid composition model membranes, and imply that the long sought-after “lipid raft” in real cellular membranes may actually consist of very small and very transient dynamical fluctuations rather than compositional phase separation and domain formation. More recently, they have discovered that droplet interface bilayers can function as memristors and memcapacitors, two important neuromorphological elements needed for neural networks and brain-like computing. The memristor was first predicted in 1971, but only very recently detected in solid-state devices. Their findings suggest that soft matter systems such as lipid bilayers or polymer-based membranes may be better suited for emulating real synapses.

As a graduate student at the University of California, Berkeley, Collier helped extend the technique of cavity ringdown laser absorption spectroscopy (CRLAS) into the infrared, and used this technique to determine the absolute concentrations of weakly-bound water clusters in supersonic free-jet expansions, from the water dimer to the pentamer. For his thesis, he was involved in the discovery of a reversible metal-insulator transition in ordered two-dimensional superlattices of silver quantum dots under ambient conditions. As an assistant professor in the Division of Chemistry and Chemical Engineering at California Institute of Technology, he developed novel lithographic techniques to pattern fluid lipid bilayers, extended the utility of Dip Pen Nanolithography for patterning biological molecules at single-molecule levels, and carried out the first demonstration of electrowetting of single-walled carbon nanotubes with liquid mercury.