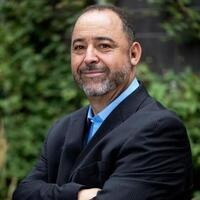 Abstract
Helical piles and anchors have been used in construction applications for over a century. The first recorded use of helical piles was in 1836 by Alexander Mitchell when he used helical piles to underpin the well-recognized Maplin Sands Lighthouse in England. In the last 30 to 40 years, Helical piles have gained in popularity to the extent they are more frequently recommended by design professional engineers, compared to many other deep foundation types. In 2009, the International Building Code (IBC) was revised in reference to past International Building Codes and included the addition of helical piles. The presentation will discuss the main components of a helical pile, pile installation process, various applications, mechanical and soil pile capacities, and the methods used to determine them. It will also include the design of helical pile using theoretical methods that are based on traditional soil mechanics and the well-known capacity-torque correlation, which is probably the most significant attribute of helical pile.

Bio
Moncef Souissi joined Cantsink in March 2019, after completing his PhD at Colorado State University. His thesis was titled: “Helical Pile Capacity to Torque Ratio: A Functional Perspective." His paper was about torque correlation factor, Kt, and was published in the DFI journal, 2020 Volume 14 issue 2. Before joining Cantsink, Souissi was working as a Project Engineer at CTL| Thompson, Fort Collins, Colorado, from 2003 to 2018. During that time, Souissi was one of the key architects in expanding CTL Thompson testing capabilities to include an Accredited Testing Lab. The lab was accredited per ISO 17025 by IAS (International Accreditation Services) in 2008, and its scope of accreditation was “Testing Helical Piles Systems and Devices per Requirements of AC358.” Souissi was running the new testing Lab from 2008 to 2018. During that time, he supervised and witnessed hundreds of required tests (per AC358) conducted by his subordinates. Almost all of these tests were conducted for clients (Helical Piles Manufacturers) from around the world looking to obtain an ICC-ES report for their products.

During his tenure with CTL| Thompson, Souissi was involved with the Accredited Inspection Agency within the company. The Inspection Agency was also accredited by IAS, per ISO17020. The Inspection Agency was conducting on-site inspections (at the request of ICC-ES) at the manufacturing plant of the report holder. Two inspections, in accordance with AC10, were conducted per year as required. Finally, AC358 is the Acceptance Criteria for Helical Pile Systems and Devices. It was originally issued in 2007 by ICC-ES. Souissi served as the Chairman of the Ad-Hoc Committee that worked with ICC-ES in revising AC 358 both in 2013 and in 2017.