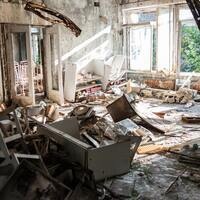 The recent HBO miniseries “Chernobyl” has sparked renewed attention to the now-infamous disaster at Chernobyl in 1986, the worst nuclear accident in history both in terms of contamination and cleanup costs. Like all good television, “Chernobyl” is not without some embellishment for dramatic effect. Which parts of the physics did the show get right – and what was simply added for the sake of compelling storytelling? How did this accident occur – and what prevents a similar accident occurring in American reactors?

Associate Professor Steve Skutnik from the UT Department of Nuclear Engineering cuts through the fog to shine a light on what the series got right, where it went awry, and just how a baleful chain of events led to a global disaster whose memory still resonates today.

This event will be available as a webcast. View the webcast.