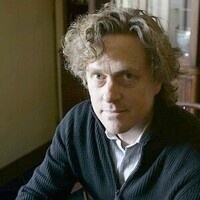 Christopher Newfield: What Do Universities Do? Bringing College and Society Back Together

Why did the American university go from pillar of society to public menace? How do we get its relationship to states and communities back on track? After criticizing key beliefs left, right, and center about the university, Professor Newfield proposes a new framework for understanding what universities do in society. Rather than trying to fit in better with assumptions about them via conventional wisdom, universities should declare their independence and their public value in the clearest possible terms.

Christopher Newfield is professor of literature and American studies at the University of California, Santa Barbara. His research concerns contemporary literature studies and critical university studies, which links humanities teaching to the study of how higher education is re-shaped by industry and other economic forces. Professor Newfield’s books include The Great Mistake: How We Wrecked Public Universities and How We Can Fix Them (2016), Unmaking the Public University: The Forty Year Assault on the Middle Class (2008), and Ivy and Industry: Business and the Making of the American University, 1880-1980 (2003). He blogs on higher education policy and writes for the Huffington Post, Inside Higher Ed, and The Chronicle of Higher Education.

There will be a book signing following the talk. Free and open to the public.