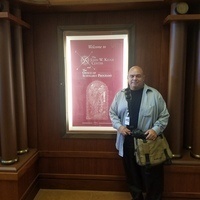 A Fall 2021 webinar presented by The Papers of Andrew Jackson

Dr. John Paul Nuño was born and raised in the Central Valley of California. As a second generation Mexican American, he developed an interest in border themes and issues. After completing his B.A. in History at California State University, Fresno, he entered one of the country's first Borderlands History doctoral programs at the University of Texas at El Paso. After graduating in 2010, he was hired in the Department of History at California State University, Northridge. At CSUN, Dr. Nuño teaches courses in American Indian History, Borderlands History, and Colonial America. In 2015, he published an article titled, “‘República de Bandidos’: The Prospect Bluff Fort’s Challenge to the Spanish Slave System” which won the Florida Historical Quarterly’s Arthur W. Thompson Award for most outstanding article. In 2019, he published an article in Early American Studies: An Interdisciplinary Journal titled, “‘We are a people to ourself’: Florida’s Native Borderlands During the Mikasuki-Spanish War, 1799-1803.” In addition, he was a Kluge Fellow at the Library of Congress where he conducted research for his manuscript tentatively titled, “The Wild Ones: Contesting and Negotiating Power in the Florida Borderlands, 1763-1842.