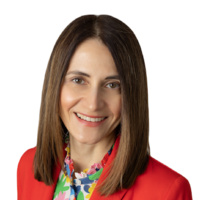 Conversations & Cocktails: “Women and Emotions in the Later Middle Ages” with Mary Dzon

Conversations & Cocktails is a free public lecture series hosted by the UT Humanities Center, which showcases the original research of our distinguished University of Tennessee arts and humanities faculty. Our monthly talks give you the opportunity to hear about fascinating and groundbreaking work in the arts and in fields such as philosophy, history, and literary studies. Presentations are 30-40 minutes long and are designed for the general public. A spirited question-and-answer discussion follows each presentation.

On September 29, Mary Dzon, associate professor of English, will present on “Women and Emotions in the Later Middle Ages.”

About the talk:
Medieval culture attributed greater emotionality to women than to men, especially when it came to family issues, yet at the same time a number of medieval stories feature strong women able to temper, if not quell, their emotions. They are thus able to make decisions, act, and, even more frequently, endure what’s done to them and those around them with equanimity or at least without experiencing an emotional breakdown. This talk looks at late-medieval images and tales about the Virgin Mary that show her acting as a judge or advocate, considering the extent to which she is shown as moved by her emotions with regards to sinners, her adversaries, and God, and/or portrayed as a dispassionate woman who reflects on matters and responds to situations moderately, in accordance with justice and propriety.

Mary Dzon is an associate professor in the Department of English at UT, and an active participant in the Marco Institute for Medieval and Renaissance Studies. Her first book, The Quest for the Christ Child in the Later Middle Ages, published by the University of Pennsylvania Press in 2017, won the Best First Book Award from the Southeastern Medieval Association in 2021. She is also co-editor of The Christ Child in Medieval Culture: Alpha es et O!, which appeared with the University of Toronto Press in 2012. Professor Dzon continues to explore the medieval reception of New Testament apocrypha and medieval devotional culture more broadly. Her new book-length project explores divine emotionality and Marian advocacy in the later Middle Ages.

If you enjoy this series and would like to support future UT Humanities Center programming, please visit https://humanitiescenter.utk.edu/giving/index.php to learn about giving opportunities.

To register, visit this link.