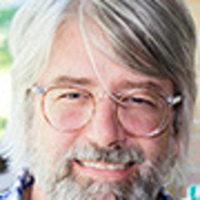 The Center for the Study of Sport and Religion (CSSR), Department of Kinesiology, Recreation, and Sport Studies would like to invite you to our annual CSSR Fall Lecture on Thursday, October 3, 2019, 6:00-8:00 pm (Student Union Auditorium, room 180). This year’s lecturer will be Dr. Jeff Scholes, Associate Professor, Department of Religion & Philosophy, and Director of the Center for Religion in Public Life, University of Colorado, Colorado Springs. He is the author of Religion and Sports in American Culture (Routledge, 2014) and is a contributor to the new edited volume The Prophetic Dimension in Sport (Springer, 2019). The topic of his lecture is “Religion and Sport in American Culture” and he will address the following subjects in the lecture:

Religion and modern sport are an important part of the tapestry of America. Whether found in curses believed to plague the Chicago Cubs, or in the figure of Tim Tebow, religion and sports have been and are still tightly intertwined. While there is widespread suspicion that sports are slowly encroaching on the territory historically occupied by religion, sports are not replacing religion and that neither is sports a religion. Additionally, much work has been done in the exploration of the relationship between race and religion, religion and sport, and race and sport in American Culture. In this lecture, Dr. Scholes will also discuss ways in which all three discourses overlap, inform and challenge one another. A closer look at three examples, religious expression in the NFL, the case of Colin Kaepernick, and the call for LeBron James to “shut up and dribble,” will help elucidate the complex relationship between race, religion and sport.

This lecture is co-sponsored by the Department of Religious Studies and Partners in Sports.