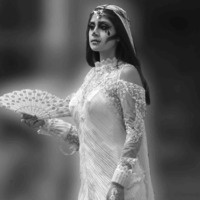 Deporting the Ghost: la Llorona and the Making of a ‘Crisis'

This talk explores the appearance of la Llorona—a Mexican “Medea” figure—in US television and comics from the 00s through today. Given that that la Llorona is a violent ghost who kidnaps children to mourn her own that she inadvertently killed, Goldmark argues that US media uses this figure to portray the irresponsibility of Latinx families and the “illegal” passage of foreign trauma into the nation space. As an example, Goldmark will discuss the Batwoman comic Hydrology, where la Llorona reveals the Latitnx demographic and dangers of Gotham. This discussion of mothers, children, and la Llorona in US media culture offers a window into the images that have produced ideas about 'dangerous' Latinx immigrants and our current ‘crisis’ at the Southern border.

Hosted by the Women, Gender, and Sexuality Interdisciplinary Program and co-sponsored by Modern Foreign Languages and Literatures, Latin American and Carribbean Studies, and the Intersectionality Community of Scholars.