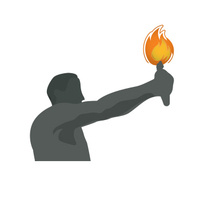 Desert in the Promised Land

Join the Fern and Manfred Steinfeld Program in Judaic Studies for this year's Karen and Pace Robinson Lecture series on the history of Zionism.

Professor Yael Zerubavel tells the story of the desert in Zionist and Israeli consciousness from the early twentieth century to the present.  The desert has varied associations within Zionist and Israeli culture. In the Judaic textual tradition, it evokes exile and punishment, yet is also a site for origin myths, the divine presence, and sanctity. Secular Zionism developed its own spin on the duality of the desert as the romantic site of Jews' biblical roots that inspired the Hebrew culture, and as the barren land outside the Jewish settlements in Palestine, featuring them as an oasis of order and technological progress within a symbolic desert.

Yael Zerubavel is Professor of Jewish Studies & History and the founding director of the Allen and Joan Bildner Center for the Study of Jewish Life at Rutgers, The State University of New Jersey.