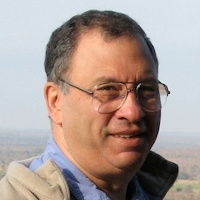 Dr. Levin is a James S. McDonnell Distinguished University Professor in the Department of Ecology and Evolution and the Director of the Center for BioComplexity at Princeton University. He specializes in using mathematical modeling and empirical studies in the understanding of macroscopic patterns of ecosystems and biological diversities. Dr. Levin is also  a Fellow of the American Academy of Arts and Sciences and the American Association for the Advancement of Science, and a Member of the National Academy of Sciences. In 2016, President Obama awarded Levin the U.S. National Medal of Science—the nation’s highest honor for achievement and leadership in science.

Abstract: Ecological and economic systems are alike in that individual agents compete for limited resources, evolve their behaviors in response to interactions with others, and form exploitative as well as cooperative interactions as a result. In these complex adaptive systems, macroscopic properties like the flow patterns of resources like nutrients and capital emerge from large numbers of microscopic interactions, and feed back to affect individual behaviors. In this talk, I will explore some common features of these systems, especially as they involve the evolution of cooperation in dealing with public goods, common pool resources and collective movement. I will describe examples from bacteria and slime molds to vertebrate groups to insurance arrangements in human societies and international agreements on environmental issues.