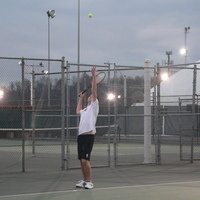 Registration is open for the upcoming Intramural Singles/Doubles Tennis Tournament.

Registration closes on Wednesday, August 26th at NOON so make sure to get your team(s) signed up; only the captain must be signed up by this deadline...teammates can add to the roster later.