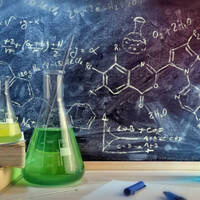 Title: “Nonlinear Light Scattering and Microscopy of the Surfaces of Colloidal Particles, Aerosols, and Biological Cells”

Abstract: Properties of colloids containing micro- and nano-particles are much influenced by the structure of and interactions at the particle surfaces. It is important for the characterization of the colloidal systems that we can probe these interfaces buried in the condensed media.

Nonlinear light scattering, based on nonlinear optical phenomena like second harmonic generation, from colloidal particles has been developed into a powerful and versatile technique for characterizing the surfaces of colloidal particles. Today, second harmonic light scattering (SHS) from the particle surface can be quantitatively described by theoretical models and used for measuring adsorption kinetics, molecular structure, and reaction rates at the surfaces of a variety of micron to nanometer size particles. In this presentation, we will show that SHS can be used for the determination of structure and reaction mechanism at metallic nanoparticle surfaces, for detecting organic molecules at aerosol surfaces, and for imaging and quantifying molecular transport through living cell membranes in real time.

Bio:Hai-Lung Dai received his BS from National Taiwan University and PhD from UC Berkeley and did postdoctoral research at MIT. From 1984 to 2006 at the University of Pennsylvania he served as the Hirschmann-Makineni Professor, Chair of the Chemistry Department, and the founding Director of the Penn Science Teacher Institute. In 2007 he moved to Temple University as Laura H. Carnell Professor and served as Dean of the College of Science and Technology and Provost, and is now the Vice President for International Affairs. Dai has published more than 210 papers in fields of molecular spectroscopy and dynamics, surface and colloidal sciences, and biophysics. His laboratory develops new laser-based spectroscopic and microscopic methods for studying topics such as energy transfer of highly excited molecules, reactions at nanoparticle surfaces, and transport at living cell membranes. The academic honors he has received include the Coblentz Award in Spectroscopy, the Ellis Lippincott Award in Molecular Spectroscopy (Optical Society of America and Society of Applied Spectroscopy), the Langmuir Lecturer Award from the Division of Surface and Colloidal Science of the American Chemical Society. He is a fellow of the American Physical Society and the American Chemical Society. In 2019, the Journal of Physical Chemistry published a Festschrift in honor of his 65th birth year. His other honors include the Knight of the Order of the Italian Star from the Government of Italy, the Michael P. Malone International Leadership Award from the Association of Public and Land Grant Universities, and a Distinguished Alumni Award from National Taiwan University.