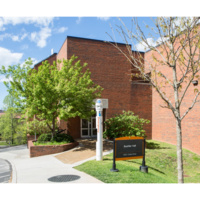 Abstract:  The frontier in solar energy research now lies in learning how to integrate functional entities across multiple length scales to create optimal devices. Advancing the field requires transformative experimental tools that probe energy transfer processes from the nano to the meso lengthscales. To address this challenge, we aim to understand multi-scale energy transport across both multiple length and time scales, coupling simultaneous high spatial, structural, and temporal resolution.  In my talk, I will focus on our recent progress on visualization of exciton and charge transport in solar energy harvesting materials from the nano to mesoscale employing ultrafast optical nanoscopy.

We have also visualized of hot carrier migration in CH3NH3PbI3 thin films by ultrafast transient absorption microscopy, demonstrating three distinct transport regimes. Quasi-ballistic transport was observed to correlate with excess kinetic energy; resulting in up to 230 nanometers transport distance in 300 fs that could overcome grain boundaries.  The nonequilibrium transport persisted over tens of picoseconds and ~ 600 nanometers before reaching the diffusive transport limit.  These results suggest potential applications of hot carrier devices based on hybrid perovskites.

Bio:  Libai Huang is currently an Associate Professor in the Department of Chemistry at Purdue University. She received her B.S. from Peking University in 2001 and her Ph.D. from University of Rochester in 2006. She was a postdoctoral fellow at Argonne National Laboratory from 2006 to 2008. She joined the Purdue faculty in 2014 after a stay as a staff scientist at Notre Dame Radiation Laboratory. She is leading a research program aimed at directly imaging energy and charge transport with femtosecond time resolution and nanometer spatial resolution to elucidate energy and charge transfer mechanisms.