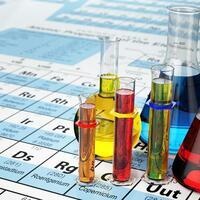 This is an S.C. Lind Lecture presentation for the East Tennessee Section of the America Chemical Society.

TITLE: “Managing Electrons and Protons in the Bio-Inspired Production of Fuel from Sunlight”

Future solar energy conversion systems (both photovoltaic and fuel-producing solar cells) must be efficient, stable, and inexpensive in order to be competitive with fossil energy sources.  In biological photosynthesis, the internal quantum efficiency for light-induced charge separation is near unity, and similarly high efficiencies can be achieved in photovoltaic cells based on dye sensitization of semiconductors.  However it remains a challenge to adapt either kinds of molecular photosystem to the efficient production of solar fuels.

By coupling the photosensitizers of dye cells to nanoparticulate or molecular oxygen evolution catalysts, we can now make solar cells that split water with visible light.  We have recently developed a kinetic model that successfully reproduces the transient photocurrent behavior universally observed with dye-sensitized water splitting cells. Their poor efficiency and stability are a consequence of charge recombination at the dye-sensitizer interface, which in turn is related to the trapping of protons generated in the water oxidation reaction.

This problem of proton management at the anode of water splitting solar cells has led us to investigate system-level issues that arise with (photo)electrochemical fuel production near neutral pH. In buffer-based water splitting cells, losses from solution resistance and electrochemically generated pH gradients become substantial in cells that run continuously for periods of hours.  This problem can however be addressed by using bipolar membrane-based cells in which the cathode and anode operate at low and high pH, respectively.  Bipolar membranes enable efficient water splitting and CO2 electrolysis, and are also interesting for other membrane-based electrochemical energy conversion devices such as fuel cells and flow batteries.  The catalytic reaction enabling these applications is water association/dissociation at the bipolar polymer interface, which is still not fully understood.

Thomas E. Mallouk received his bachelor’s degree from Brown University and was a Ph.D. student with Neil Bartlett at the University of California, Berkeley. Following postdoctoral work with Mark Wrighton at MIT he held faculty positions at the University of Texas at Austin and at Penn State University.  He is currently Vagelos Professor in Energy Research in the Department of Chemistry at the University of Pennsylvania.  His research focuses on the synthesis of inorganic materials and their application to solar energy conversion, catalysis and electrocatalysis, nano- and microscale motors, low dimensional physical phenomena, and environmental remediation.  He is the author of 400+ publications, including a few good ones.  He is also an Associate Editor of the Journal of the American Chemical Society.