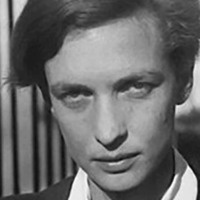 This first-ever documentary about Annemarie Schwarzenbach is the portrait of a woman from one of the biggest fortunes of Zurich—a family with open inclinations towards the Nazi order. A writer, journalist, and photographer, Schwarzenbach traveled the world denouncing European fascism and the exploitation of American workers.

A complex woman, she lead an unending quest for identity, struggled with drug addiction, and lived a bohemian life in Berlin in the twenties and thirties. Filmmaker Carole Bonstein reveals the fascinating story of a lesbian political radical, a romantic deceiver, and an adverturer who rejected her prescribed role in life. A model of courage? An eternally uprooted woman? Who was Annemarie Schwarzenbach? A Swiss Rebel looks at these questions and more.

This film screening is part of the interdisciplinary, multi-media project "Mapping 'Knoxville' Across Time, Media, and Cultures: Tracing Unexplored Connections Between the Work of Cormac McCarthy, Annemarie Schwarzenbach, and Buddy and the Huddle" (http://mfll.utk.edu/connections/index.php). Co-sponsors and supporters are listed here: http://mfll.utk.edu/connections/sponsors.php.