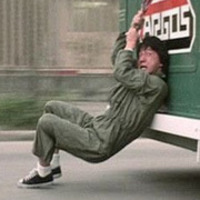 Once a month, Hodges Library will host free screenings of independent and foreign films. Sharpen your language skills and join fellow film buffs for a post-screening critique.

Jackie Chan plays an honest cop, Chan Ka-Kui, assigned to protect a witness whose key testimony could bring down the drug baron, Chu. However, when the witness gets away from Chan, there’s no evidence to put Chu away, and he is set free. Chu goes on a vendetta to frame Chan for a murder. He goes on the run and must quickly find the witness to protect her and prove his own innocence.