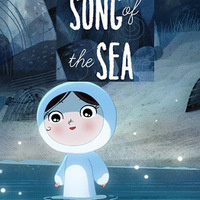 Join us on the first Tuesday of each month for the UT Libraries' Foreign & Independent Film Series. On April 7, we’ll feature Song of the Sea, a 2014 film by Irish director Tomm Moore.

Ben, a young Irish boy, and his little sister Saoirse, a girl who can turn into a seal, go on an adventure to free the fairies and save the spirit world.