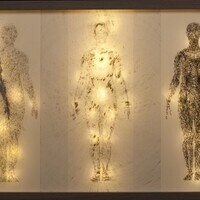 Gender Matters in the Atomic Age

Ionizing radiation is a feature of our natural universe. It also has important social and biological dimensions. The adoption of nuclear technologies in the 20th century for both military and energy purposes has made ionizing radiation a tool, a treatment, and a harmful waste. Yet the health impacts of radiation exposure, and especially its disproportionate effects on women and girls, have been under-reported.

Mary Olson will discuss the development and current status of the 2017 UN Convention on the Prohibition of Nuclear Weapons. She will also summarize recent findings on biological sex and radiation harm, and why these findings were beneficial in brokering the new global agreement on nuclear weapons.

Mary Olson has served as radioactive waste policy analyst and staff biologist at the national, non-governmental educational organization, Nuclear Information and Resource Service since 1991. In 2017, she founded Gender and Radiation Impact Project where she currently serves as acting director.