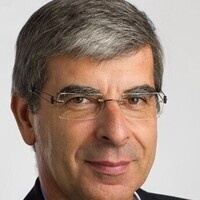 Abstract:
We show the experimental requirements for realizing a pseudospin/phase bit (φ-bit) in a metamaterial composed of coupled elastic waveguides as an analogue of a quantum bit (qubit). The system that supports the pseudospin consists of aluminum rods coupled along their length with epoxy. The elastic waves in each waveguide take the form of superpositions of states in the space of direction of propagation. The direction of propagation degrees of freedom is analogous to the polarization of a quantum spin, hence, these elastic waves behave as pseudospins. We have observed with both measurement and modeling the signature of a pseudospin, in the form of a cutoff frequency in the elastic band structure. In addition, the amplitude in the different rods of the coupled array of waveguides is analogous to orbital angular momentum (OAM) degrees of freedom. We experimentally demonstrate the creation of states that couple in a non-separable manner the pseudospin and OAM degrees of freedom. These non-separable elastic states are analogous to Bell states in quantum mechanics. Bell states are prototypical examples of quantum entanglement. The demonstration of non-separable classical elastic waves or ‘classically entangled’ elastic states between two φ-bits in an acoustic metamaterial offers the possibility of capturing interesting and useful quantum-like phenomena using classical waves. We further demonstrate a three-level classical analogue of the multilevel qubit also composed of coupled acoustic waveguides (φ-trit) and show the creation and tuning of non-separable superpositions (i.e. generalized Bell states) of two φ-trits which are classically ‘entangled’. Extending the notion of classical “entanglement” or classical “non-separability” to the emerging field of metamaterials, opens the door for acoustic analogues to a true quantum system in quantum information processing, since the preparation and control of entangled superposition of states is an essential ingredient for harnessing the second quantum revolution.

Biography:
Pierre A. Deymier is Professor in and Head of the Department of Materials Science and Engineering at the University of Arizona. He is a faculty member in BIO5, Biomedical Engineering GIDP, and Applied Mathematics GIDP. Dr. Deymier received his PhD from the Dept. of Materials Science and Engineering at MIT, Cambridge, MA in 1985 and subsequently joined the University of Arizona. Dr. Deymier has a wide range of interests in the field of materials science and engineering including materials theory, modeling and simulation, engineered living materials, quantum materials as well as the emerging field of topological acoustics, acoustic metamaterials and phononic crystals. He is the author or coauthor of more than 240 scholarly products. He is the Editor, author or co-author of three books: P.A. Deymier Ed., “Phononic crystals and acoustic metamaterials,” Springer Series in Solid State Sciences, Vol. 173, Springer, Berlin, Jan. 2013; P.A. Deymier, K. Runge and K. Muralidharan (Co-Eds) “Multiscale Paradigms in Integrated Computational Materials Science and Engineering,” Springer Series in Materials Science, Vol. 226, Springer, Berlin, Dec. 2015; and P.A. Deymier, K. Runge, “Sound Topology, Duality, Coherence and Wave-Mixing: An Introduction to the Emerging New Science of Sound,” Springer, publication date May 2017.