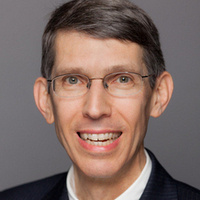 We are delighted to invite you to attend a talk from Dr. James Poterba, the Mitsui Professor of Economics at MIT and the President of the National Bureau of Economic Research.  He is visiting as part of the Haslam Distinguished Scholar Speaker Series.

Dr. Poterba's research focuses on how taxation affects the economic decisions of households and firms, particularly those involving saving and portfolio behavior. His recent research has analyzed the determinants of retirement saving, the draw-down of assets after households reach retirement, and the role of tax-deferred retirement saving programs such as 401(k) plans in contributing to retirement security.

Dr. Poterba is a trustee of the College Retirement Equity Fund (CREF), the TIAA-CREF mutual funds, and of the Alfred P. Sloan Foundation. He is a former editor of the Journal of Public Economics, the leading international journal for research on taxation and government spending, a co-author of The Role of Annuity Markets in Financing Retirement (2001), and an editor or coeditor of Global Warming: Economic Policy Responses (1991), International Comparisons of Household Saving (1994), Empirical Foundations of Household Taxation (1996), Fiscal Institutions and Fiscal Performance (1999), and Fiscal Reform in Colombia (2005). Dr. Poterba served as a member of the President's Advisory Panel on Federal Tax Reform in 2005.

Dr. Poterba holds an undergraduate degree from Harvard College and a D. Phil. in Economics from Oxford University, where he was a Marshall Scholar. He has been an Alfred P. Sloan Foundation Fellow, a Batterymarch Fellow, a Fellow at the Center for Advanced Study in Behavioral Sciences, and a Distinguished Visiting Fellow at the Hoover Institution at Stanford University. In 2014 he received the Daniel M. Holland Medal from the National Tax Association for the study and practice of public finance.