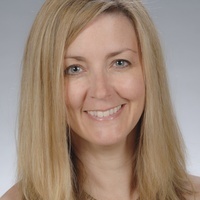 [Cancelled due to recent news from the UT administration.]

"Mapping Native Sovereignty on the Land: What European Cartography Tells Us"

Professor Barr will discuss how European cartography reveals the unequivocal territorial power exercised by Native people within the sovereign borders of their nations and shows how the Europeans who sought to invade instead found they had to negotiate, and were subject to, the rules and controls of Native jurisdiction.

Juliana Barr is an Associate Professor of History at Duke University, whose research explores dynamics of Native-European relations in North America especially as they relate to questions of gender, political economy, diplomacy, and Native sovereignty.  She is the author of Peace Came in the Form of a Woman: Indians and Spaniards in the Texas Borderlands (2007), and co-editor of Contested Spaces of Early America (2014) and of Why You Can’t Teach U.S. History without American Indians (2015).