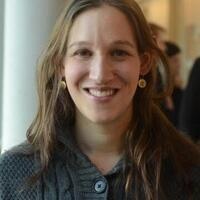 Rachel Fish is founding Executive Director of the Foundation to Combat Antisemitism. She has served as a senior scholar at the Paul E. Singer Foundation and assistant director of the Schusterman Center for Israel Studies at Brandies University.  She completed her doctoral degree in the Department of Near Eastern and Judaic Studies at Brandeis University, where she researched the history of the idea of bi-nationalism and alternative visions for constructing the State of Israel. She has taught at Brandeis University, Harvard University, UMASS Amherst and in adult Jewish education programs Tzion and Me’ah. In 2015, she held the Rohr Visiting Professorship at Harvard University, where she lectured on modern Israel and received the Derek Bok Certificate of Teaching Excellence. She is co-editor, with Ilan Troen, of the book Essential Israel: Essays for the Twenty-First Century. Fish is a native of Johnson City, Tennessee.