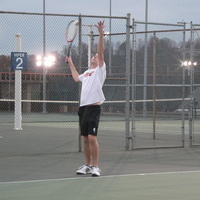 Restrictions: Individuals can play singles and doubles play and on 2 teams in doubles play  (1 coed team AND 1 men's or women's team) so 3 opportunities to participate.

Registration closes on Tuesday, August 27th @ midnight so make sure to get your team(s) signed up; only the captain must be signed up by this deadline...teammates can add to the roster later.

FREE AGENTS: Don't have a team for doubles play?  No worries, sign up on the free agent list at imleagues.com or just send us an email at imsports@utk.edu and we will work to find you a team.