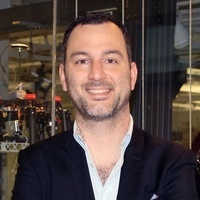 Abstract: Cyber-physical systems (CPS) comprise interacting digital, analog, physical, and human components engineered for function through integrated physics and logic. Incorporating intelligence in CPS makes the physical components more exposed to adversaries that can potentially cause failure or malfunction while remaining stealthy. It is evident that an advanced cyber-physical threat can hide; because stealthiness is intrinsic to the adversary’s plan, the adversary typically avoids creating disruption or creates transient to deteriorate performance and intrusion detection tools into redefining “normal.” Our focus in this work is to provide a secure receding horizon control strategy for dynamical systems under the effect of multiple attackers that remain stealthy under the uncertainty created by a disturbance. To this end, I will present a detection mechanism that can be used to identify the presence of actuator attacks that are not stealthy. Then, I will derive an equilibrium-based receding horizon control strategy that can be used by the operators of the system in order to guarantee its stability under stealthy attacks. This control strategy needs only information about the system’s output, as long as the system is zero-state observable. Next, I will present an equilibrium-based cooperative control strategy for the attackers which allows them to guarantee undetectability, as well as a non-equilibrium decision making mechanism which recommends whether an attacker should attack based on a risk factor and the levels of intelligence of the other attackers. Finally, I will provide simulation results, which highlight the efficacy of both the detection and the decision-making mechanism of the system’s operators.

Bio: Kyriakos G. Vamvoudakis was born in Athens, Greece. He received the Diploma (a 5-year degree, equivalent to a Master of Science) in Electronic and Computer Engineering from the Technical University of Crete, Greece in 2006 with highest honors. After moving to the United States of America, he studied at The University of Texas and he received his M.S. and Ph.D. in Electrical Engineering in 2008 and 2011 respectively. During the period from 2012 to 2016, he was a project research scientist at the Center for Control, Dynamical Systems and Computation at the University of California, Santa Barbara. He was an assistant professor at the Kevin T. Crofton Department of Aerospace and Ocean Engineering at Virginia Tech until 2018. He currently serves as an Assistant Professor at The Daniel Guggenheim School of Aerospace Engineering at Georgia Tech. His research interests include approximate dynamic programming, game theory, cyber-physical security, networked control, smart grid, and safe autonomy.  Dr. Vamvoudakis is the recipient of a 2019 ARO YIP award, a 2018 NSF CAREER award, and of several international awards including the 2016 International Neural Network Society Young Investigator (INNS) Award, the Best Paper Award for Autonomous/Unmanned Vehicles at the 27th Army Science Conference in 2010, the Best Presentation Award at the World Congress of Computational Intelligence in 2010, and the Best Researcher Award from the Automation and Robotics Research Institute in 2011. He currently is a member of the IEEE Control Systems Society Conference Editorial Board, an Associate Editor: of Automatica, of the IEEE Computational Intelligence Magazine, of the Journal of Optimization Theory and Applications, and of the IEEE Control Systems Letters. He is a registered Electrical/Computer engineer (PE) and a member of the Technical Chamber of Greece and a Senior Member of IEEE and AIAA.