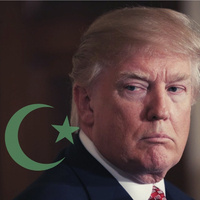 Islam & Democracy in the Age of Trump

Today, many Western politicians and intellectuals question whether the admission of Muslims into Western societies will threaten Western values and undermine democracy itself. What is the basis of these fears, and what can history tell us about the effects of acting upon these fears?  Dr. Tarek Masoud will share his views and expertise on these matters.

Masoud is a Professor of Public Policy and the Sultan of Oman Professor of International Relations at Harvard University's John F. Kennedy School of Government, where he is also Faculty Chair of the Middle East Initiative.

His research focuses on political development in Arabic-speaking and Muslim-majority countries. He is the author of Counting Islam: Religion, Class, and Elections in Egypt (Cambridge University Press, 2014), The Arab Spring: Pathways of Repression and Reform with Jason Brownlee and Andrew Reynolds (Oxford University Press, 2015), as well as of several articles and book chapters. He holds an AB from Brown and a Ph.D. from Yale, both in political science.

This event is a part of the Howard Baker Center's Distinguished Global Security Lecture Series, which features distinguished speakers on some aspect of global security from nuclear safety and non-proliferation to terrorism and conflict. The event is being co-sponsored by Middle East Studies.

This event is free and open to the public. Guests may park in the Vol Hall Garage (1545 White Ave. Garage) at no cost by requesting a voucher from the Baker Center staff at the event. Directions to the Baker Center can be found here.