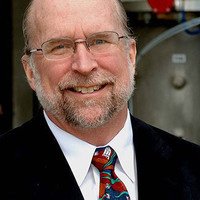 Development and field evaluation of optical remote sensing (ORS) techniques to quantify: 1) atmospheric plume opacity generated by point and fugitive sources and 2) particulate matter (PM) mass emission factors (EFs) from fugitive sources will be discussed. The abilities of these techniques to quantify the emissions of primary PM into the atmosphere are important because PM adversely affects human health and contributes to climate forcing.

"Visual Determination of the Opacity of Emissions for Stationary Sources" (Method 9) is a USEPA Reference Method to quantify plume opacity. However, Method 9 relies on observations from humans, which introduces subjectivity and is expensive due to certification requirements. The "Digital Optical Method (DOM)," was developed using digital still cameras and software as an alternative to human observations, reduce costs, provide archival records, and provide more objective measurements. DOM and its field evaluations will be described to evaluate DOM's performance. International ASTM developed D7520 Method based on field testing of the digital still cameras to determine plume opacity and such approval assisted USEPA to develop and approve USEPA ALT-82 allowing for the use of digital still cameras as an Alternative to using human observations.

The development and implementation of another ORS method using vertical-scanning LIght Detection And Ranging (LIDAR) and ancillary measurements will also be discussed. This method quantifies mass EFs for fugitive PM. In-situ range-resolved extinction coefficients measured by LIDAR and concurrent point measurements of PM mass concentrations were used to quantify two-dimensional PM mass concentration profiles of these fugitive plumes. Integration of these profiles with wind data, event duration, and source type provided fugitive PM EFs. Results quantifying EFs from vehicles travelling on unpaved roads, helicopters, open burning, and open detonation will be described and compared to other results. Field evaluation of this method demonstrates that it is well suited to improve quantification of PM EFs from fugitive sources when compared to similar emissions that were measured in controlled laboratory enclosures.

ORS has been used on a more limited basis compared to point measurements in the field of air quality to measure emissions to the atmosphere. Both techniques have their strengths and weaknesses. ORS has potential to more broadly impact not only air quality but also the field of Environmental Engineering.

Professor Rood has taught on-campus and online environmental engineering courses including air-quality engineering courses at the undergraduate and graduate levels. He was recognized for his teaching abilities by inclusion in the “List of Teachers Ranked as Excellent by Their Students” four times and recognized for his commitment to advising by receiving the “College of Engineering Excellent Advisor Award” four times at UI. He has advised more than 20 Ph.D. and 40 M.S. graduate students resulting in more than 80 peer-reviewed journal publications, eight book chapters, more than 100 conference proceedings, two patents, and one ASTM International Standard Test Method. He has provided more than 30 national and international invited lectures. His advisees have been placed at academic institutions, EPA offices, and the private sector. Eleven of his Ph.D. advisees became professors in USA, Taiwan, Canada, China, and Turkey.