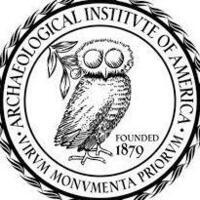 Lecture: Foragers and Farmers of East Tennessee, 5000-1500 Years Ago

Presented by Kandi Hollenbach, Associate Curator of Paleoethnobotany at the McClung Museum of Natural History & Culture and Assistant Professor for UT's Department of Anthropology.

Over the past five decades, UT archaeologists have systematically collected and analyzed plant remains from several significant sites in East Tennessee that span the transition from foraging to farming, providing one of the largest datasets in the eastern US.  This talk will compare the plant, feature, and vessel assemblages from several Late Archaic and Early Woodland sites in upper East Tennessee, including the Tellico Project sites, Townsend, Nolichucky River, and Phipps Bend sites. These data will be used to discuss the larger economic and social influences and consequences of the adoption of cultigens in the region as hunter-gatherer-fisher peoples became farmers as well.