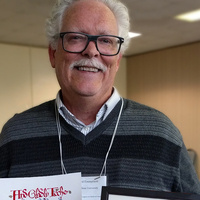 Lecture: The “Apocalypse of the Duc de Berry” and the Apocalyptic Great Schism

Presented as the Keynote Lecture for the 17th Annual Marco Symposium.

Among the approximately 130 extant illustrated Apocalypses (manuscripts of the Book of Revelation) from the Middle Ages, the Apocalypse of the Duc de Berry, made circa 1415 shortly before the death of Jean de Berry, is unique in both style and iconography. Even though it is vividly illustrated with eighty-five miniatures and is easily accessible in New York at the Pierpont Morgan Library (MS M.133), the manuscript has received surprisingly little scholarly attention, being eclipsed by earlier thirteenth-century Anglo-French manuscripts and the famous Angers Apocalypse Tapestry owned by Jean’s brother, Louis d’Anjou. This talk will first introduce the manuscript, focusing on its brilliant stylistic features and unusual and sometimes eccentric interpretation of Revelation by an artist named after the manuscript, “The Master of the Berry Apocalypse.” The talk will then argue that its unique iconography may be understood as a visual response to the Great Schism (ca. 1378-1417) during which western Christendom was divided between opposing popes and their supporters. Studying the manuscript in relation to previous iconography and within the context of contemporary polemical and political imagery highlights the uniqueness of the Berry Apocalypse and its visual exegesis of the crisis of the late medieval Church.

Richard K. Emmerson is Visiting Distinguished Professor of Art History at Florida State University and Dean Emeritus of Liberal Arts at Manhattan College. After taking his doctorate at Stanford University, he chaired the departments of English at Western Washington University and of art history at Florida State University, worked as Deputy Director of Fellowships at the National Endowment for the Humanities, and served as Executive Director of the Medieval Academy of America and Editor of Speculum. His publications include more than fifty articles studying medieval apocalypticism, drama, illustrated manuscripts, and visionary poetry, and seven books including Antichrist in the Middle Ages: A Study of Medieval Apocalypticism, Art, and Literature, The Apocalyptic Imagination in Medieval Literature (with Ronald Herzman), and The Apocalypse in the Middle Ages (edited with Bernard McGinn). His most recent book is Apocalypse Illuminated: The Visual Exegesis of Revelation in Medieval Illustrated Manuscripts. A Fellow of the Medieval Academy, in 2009 he received its Award for Excellence in Teaching Medieval Studies.

Presented in conjunction with the McClung Museum's temporary exhibition, Visions of the End, on view from January 31 - May 10, 2020. Learn More.

College of Arts and Sciences,