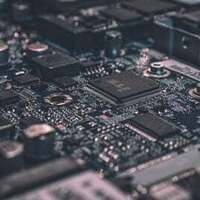 Machine Reading in the Digital Age: A Dialogue with Michael Witmore and Vinton Cerf

If a machine can complete a sonnet by Shakespeare and fool an audience of English professors, is Shakespeare or the algorithm the truly great writer? What role will the humanities play in the training or direction of artificial intelligence that is evolving alongside our own? What role will computation play in the simple act of reading years in the future? Vinton Cerf and Michael Witmore discuss applications of digital techniques to our understanding of the humanities and their province of textual analysis today.

Vinton G. Cerf is vice president and Chief Internet Evangelist for Google. He is the co-designer of the TCP/IP protocols and the architecture of the Internet and has served in executive positions at ICANN, the Internet Society, MCI, the Corporation for National Research Initiatives and the Defense Advanced Research Projects Agency. He is the past President of the Association for Computing Machinery, served as a member of the National Science Board, and is a recipient of numerous awards, including 29 honorary degrees, the US Presidential Medal of Freedom, US National Medal of Technology, the Queen Elizabeth Prize for Engineering, the Prince of Asturias Award, the Tunisian National Medal of Science, the Japan Prize, the Charles Stark Draper award, the ACM Turing Award, the Legion d’Honneur, the Franklin Medal, Foreign Member of the British Royal Society and Swedish Academy of Engineering.

Michael Witmore was appointed the 7th director of the Folger Shakespeare Library in Washington, DC in 2011. He was formerly professor of English at the University of Wisconsin-Madison. The recipient of numerous fellowships, he has held an Andrew Mellon Postdoctoral Fellowship at the UCLA, a research fellowship and a curatorial residency fellowship at the Folger, and a predoctoral fellowship at the Max-Planck-Institut für Wissenschaftsgeschichte in Berlin. He was awarded an ACLS Digital Innovation Fellowship, and his publications include numerous articles, website resources, book chapters, and five books: Landscapes of the Passing Strange: Reflections from Shakespeare, with Rosamond Purcell (2010), Shakespearean Metaphysics (2009), Pretty Creatures: Children and Fiction in the English Renaissance (2007), Childhood and Children’s Books in Early Modern Europe, 1550-1800 (2006), and Culture of Accidents: Unexpected Knowledge in Early Modern England (2001).