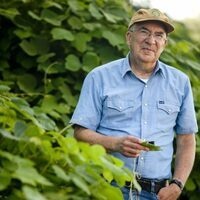 Daniel Simberloff is the Nancy Gore Hunger Professor in the Department of Ecology and Evolutionary Biology at the University of Tennessee, Knoxville.  Simberloff's research focuses on causes, consequences, and management of biological invasions.  His research projects are on insects, plants, fungi, birds, and mammals.

Dr. Simberloff will speak about invaders in various ecosystems as part of the Howard H. Baker Center's Energy & Environment Forum.

Three decades of intensive research have revealed drastic impacts of hundreds of invaders. They eat native species, overgrow them, outcompete them, infect them, hybridize with them, and have myriad other impacts. Impacts affecting entire ecosystems are increasingly documented, particularly as ecological research on aboveground-belowground interactions has increased. Despite this hecatomb, the past few years have seen several criticisms of the field of invasion biology and management. Among other bones of contention, critics charge that the field is infected with xenophobia, claim that damage caused by biological invasions is overblown, and assert that many invaders provide benefits. They argue that, even if the effects of biological invasions are substantial, we can’t do much about the phenomenon in the face of globalization, so we shouldn’t waste our resources trying.  These criticisms are misguided.  In particular, successful management projects (including eradications) are proliferating, with several evolving new approaches and ambitious goals.

This event is free and open to the public. Guests may park in the Vol Hall Garage at no cost by requesting a voucher from the Baker Center staff at the event. Directions to the Baker Center can be found here.