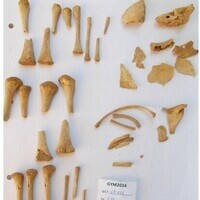 A Tale of Two Wells: Evidence for the Missing Infants in Ancient Greece

One of the ongoing problems in the study of ancient Greece is the scarcity of infant remains in cemeteries.

Two recently studied wells in the Athenian Agora and Eretria, Euboia offer clues to the missing infants. It appears  that midwives, the common participant in many births, may have been disposing of infants who died at or shortly after birth in these wells.  The infant remains provide some of the first evidence for perinatal infection, developmental defects, and other causes of high infant mortality in ancient Greece. These deposits suggest that this alternative form of burial may have been more common than previously recognized.

This event is free and open to the public, with reception to follow.