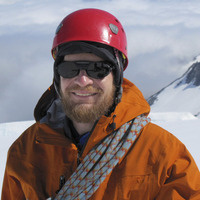 Alley is a professor of geoscience at Penn State University who is widely credited with showing that Earth has experienced abrupt climate change in the past - and likely will again, based on his meticulous study of ice cores from Greenland and West Antarctica.

In the early 2000s, he began serving as one of the authors of the United Nations Intergovernmental Panel on Climate Change (IPCC), which provides world leaders with objective scientific information relevant to understanding the risk of human-induced climate change, its impacts, and possible responses. IPCC members shared the 2007 Nobel Peace Prize with former Vice President Al Gore.

Alley’s lecture, titled is free and open to the public. Free parking will be available in the Neyland Parking Garage, located between Neyland Stadium and Thompson-Boling Arena.

Alley was elected to the National Academy of Sciences in 2008 and is the recipient of the 2011 Stephen Schneider Award for Outstanding Climate Communication.

Literally so eye-opening and informative! One of my favorite lectures I've attended thusfar!